This recipe was my attempt at replicating something like the doughy bread rolls you can buy from major supermarkets and bakeries that have the cheese and bacon baked on top.

They are a quick bread rather than a long rising yeast dough which makes for much simpler, speedy lunches.

It is VERY popular, especially with my big boys, and so is another of the  recipes that I make to freeze for the lunchboxes. I make 2 versions.

For the more allergy friendly version:

*If you’re not using the cheese, but the nutritional yeast, add an extra tsp of butter.

If you are leaving out the cheese or ham in either of these mixes, add in a pinch of salt.

In a food processor, pulse together the flours, butter, milk, and baking powder (if required). Process for about 20 seconds until a rough dough forms.

Add in the cheese (and ham) and process again until combined.

For the vegetarian/vegan option, I omit the ham and add some chopped chives and some pepper, or some sundried tomatoes.

Tip dough onto a lightly floured surface and knead gently to bring together. 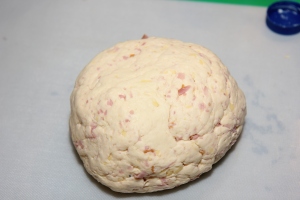 Break dough into 8 portions and form into a roll shape. 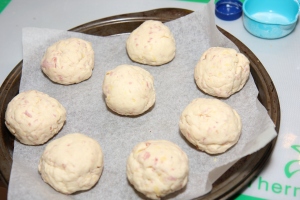 To make these look more like the store bought ones I sometimes use only half of the cheese in the dough and reserve the rest with the ham and a smear of tomato paste for the top. 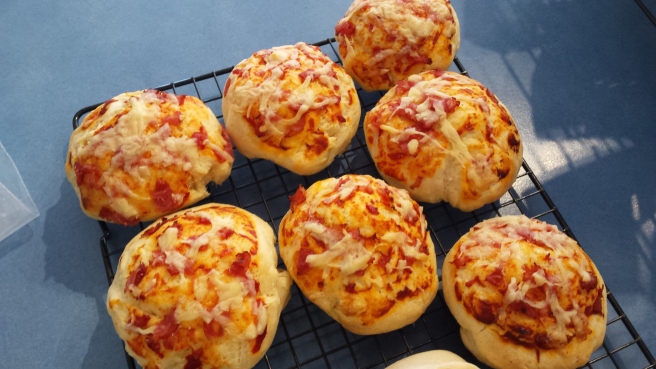 Place on a lined baking tray and bake in a preheated 200C oven for about 15-20mins or until the bottoms are golden brown and sound hollow when tapped. 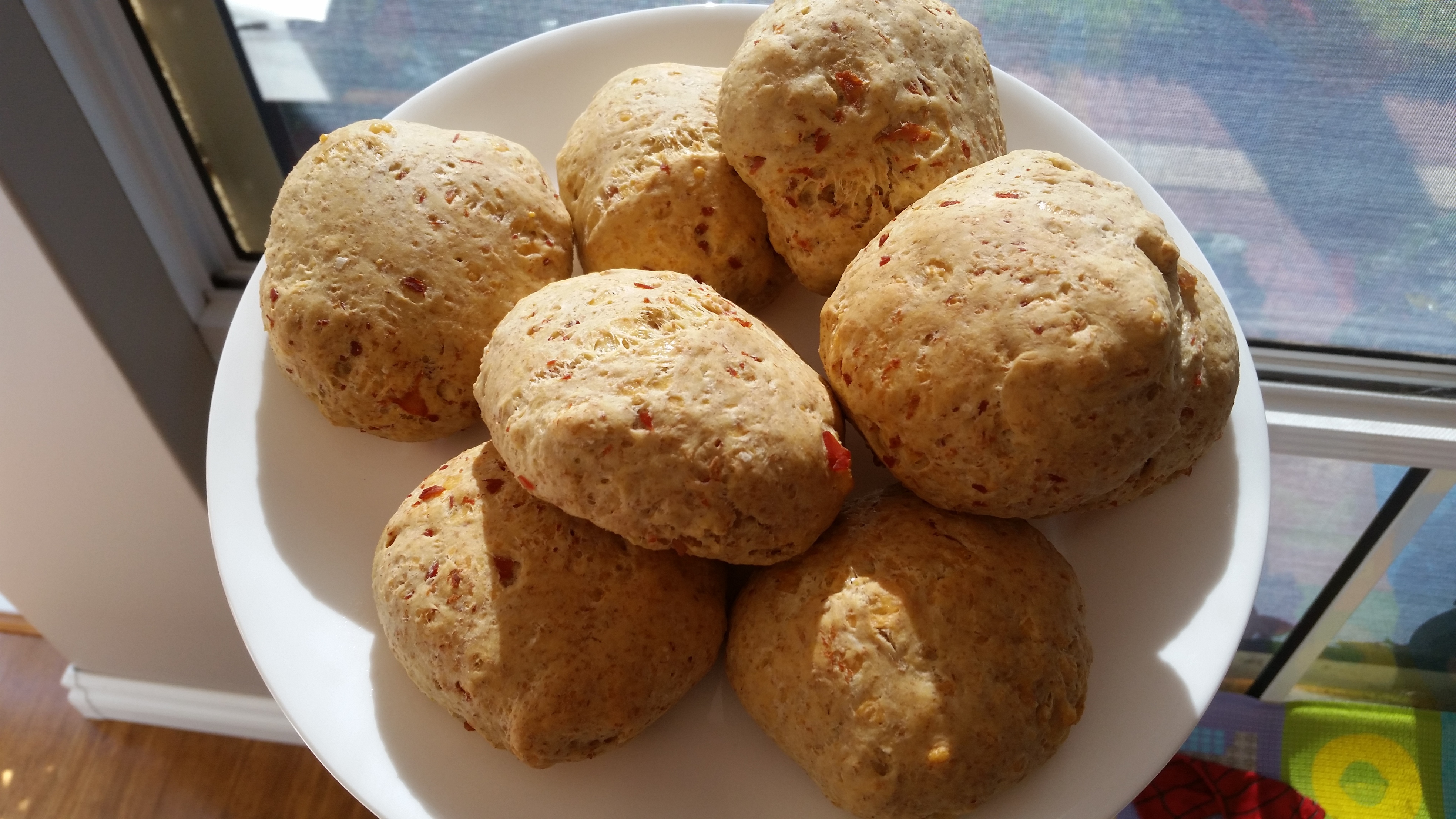 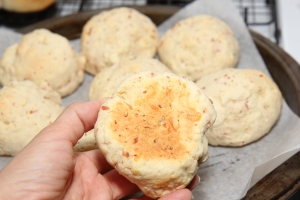 Makes 8 rolls – and any left overs freeze and defrost well.

Favourites in the Kitchen

Find it in the itchin’ kitchen

Keep up with us

I am a qualified Nutritionist, but I’m also a Mama in the Kitchen

This blog is intended to give you ideas for meals and other useful information. Please speak with your allergy specialist, GP and/or a dietician for advice about personal diagnosis, diet and nutrition.

Who's been in the kitchen?